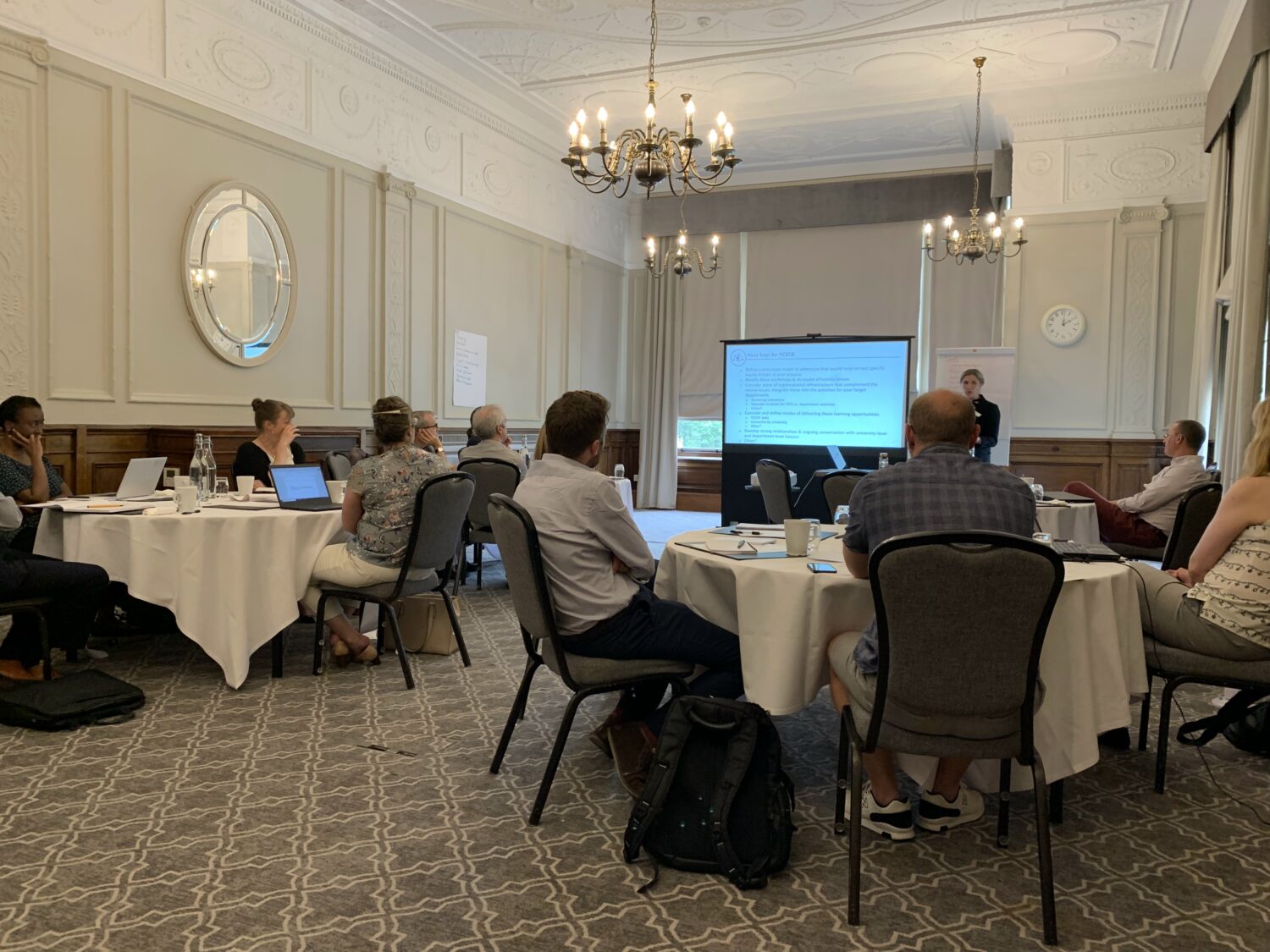 This article follows on from the summary of the first workstream 2 workshop, you can read it here!

The second workshop started bright and early at the Principal Hotel in York. Paul Wakeling started with a brief recap of the first day before Julie and Casey launched into the day’s discussion. Early on in the session, delegates were asked to think about what qualities were indicative of a successful PhD student, and then what qualities made students the least successful. The results of this discussion can be seen below:

Looking at both sets of notes, it is clear that indicators of success, or failure, are not related to traditional criteria for measuring success. Delegates recalled how an applicant’s grades at undergraduate or postgraduate level had little effect on how successful they would be at PhD level. Yet grades are still one of the main criteria that universities use when selecting which students to invite onto the course. Clearly, this is an area that YCEDE should aim to change.

After a delicious lunch, the delegates returned to listen to Julie’s fascinating comparative ethnographic study conducted at American universities. This study revealed that there was often a tension between perceptions of ‘merit’ and diversity in postgraduate admissions. For example: academics often felt it was easiest to crudely quantify merit to speed up the admissions process, they often had a preference for people who had a similar background to themselves (homophily), or they were generally ambivalent about changing their admissions process to be more equitable.

During the day, we managed to record a short video interview with Julie about her thoughts on YCEDE and the opportunities for the future. Give it a watch below:

Lastly, the session ended by looking towards the future. Delegates considered what the first steps for YCEDE should look like. It was noted that the American project had many aspects that translated perfectly into the UK context: both projects are focussed on equity and the process of review in both countries is the same or very similar.

However, it was clear that many aspects of the project would need translating to the UK context. For example, the experience of race differs greatly between British and American contexts. Additionally, a great deal of British postgraduate research funding comes from Centres for Doctoral Training and Doctoral Training Partnerships – unlike in America. Thus, it is vital to get these bodies on board for YCEDE to truly make an impact on the equity of doctoral education.

All these thoughts were captured on paper during the group discussion – which you can see below:

Just like the previous day, this workshop was a roaring success. The smaller group of delegates meant that a more in-depth and thoughtful discussion could be had. Each element of the admission process was laid out and dissected to see where YCEDE could affect change.